Is this level of server CPU usage normal? Solspace Calendar 3

Digital Ocean graphs are below to see what I am referring to but it seems like this plugin is using an inordinate amount of power for what it is doing. 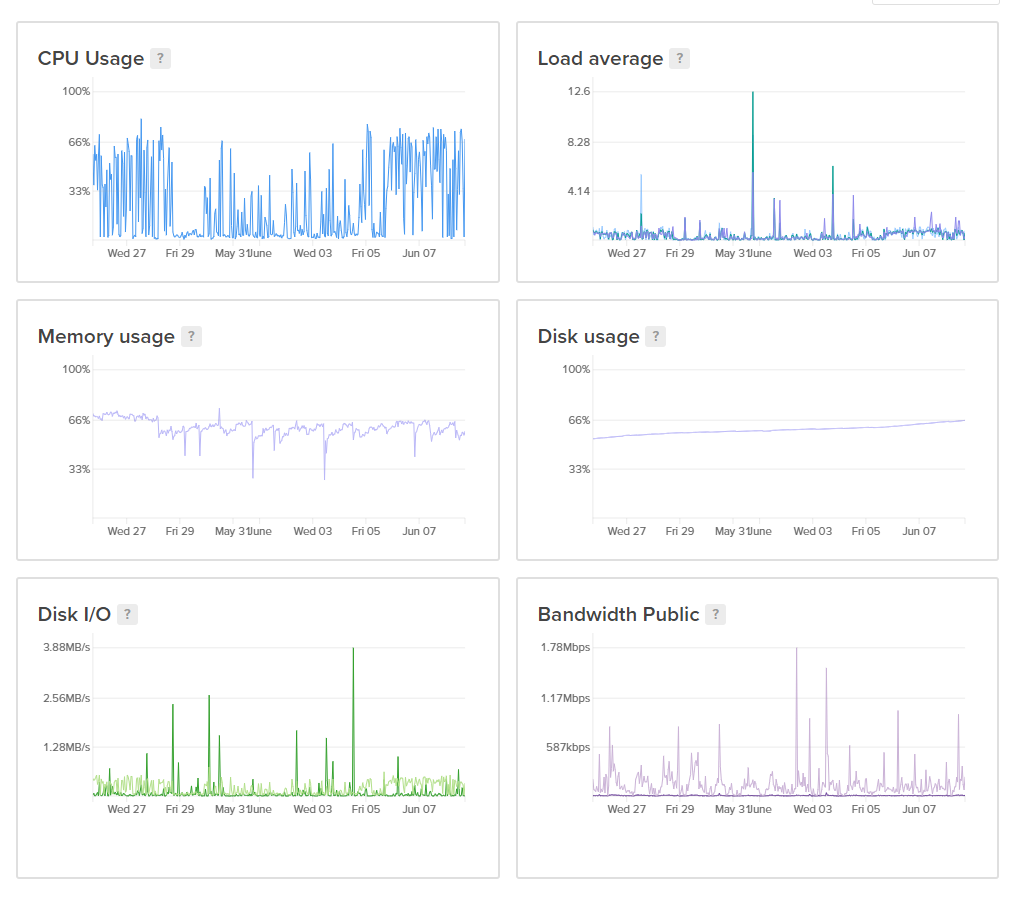 As far as I can tell it is directly related to the month query (craft.calendar.month) as I stopped using that query (over the weekend of the 29th as you can see in the graph) and the cpu usage dropped dramatically. When I started using it again the next Monday the usage spiked right back up. In a given month there are 30 or less events on the calendar so that is not a large amount to fetch. I have tried to see if it is something that I am overlooking in my code but I was not able to see a smoking gun here. Code is below. Any thoughts are appreciated as I am out of ideas and feel like I am missing something that another set of eyes might find.

Performance can be tough to measure but I see one flaw in your analysis: have you built the calendar functionality yourself in lieu of using Solspace's calendar? That would be the only fair way to compare apples to apples.

Whenever you add some sort of functionality, there is always going to be some sort of performance hit. If you can live without the calendar, then don't use it, however, it's unclear from your data if that one single day had a dramatic effect.

Lots of things can affect performance including:

If your site has visitors, did you get the same amount of them? Was the site still loading quickly with and without the calendar installed?

Set a performance budget so you know what to benchmark.

What droplet/VPS size are you using? On the lower priced plans they tend to limit compute as well and you'll get more steal from noisy neighbors.

The other thing about website performance is on small website, you probably want "burstable" performance—the web server should get in and get out as quickly as it can. However, when doing that, you'll see more spikes. (If you get enough spikes, they start turning into one solid line and you'll get contention; that's when you want to move to a more powerful plan.) The other thing I see is those spikes aren't quite hitting 100% yet either which means you have some capacity left.

I don't recall over what timeframe DigtalOcean's graph is measured/sampled but that plays a part too. 3 spikes per day is a whole different ballgame than 3 spikes per minute.

One thing I didn't see in your code is caching. I would take advantage of Craft's {% cache %} tags when you can.

Solpace has good example of using them with their calendar which will help with performance. (The only caveat there is you don't want to start over-caching or misuse the tag but that's a different subject.)

Not the answer you're looking for? Browse other questions tagged craft3 plugin-solspacecalendar or ask your own question.