I am considered the best way to set this up in Craft and how to handle this with front-end Urls, templates and routes?

However, the part I am stuck with is how to list these products in multiple instances on the front-end so that it uses the same product but various information is pulled in from the vehicle. As an example.

I would like to show the product 4x100 56.1 Wheel Spacers (4100561) as separate pages for each of those models. With each one showing dynamic information for the SEO meta, and description, this would be pulled in dynamically e.g

At the same time user will be able to browser by product types (Wheel Spacers, Adapters, Fixings etc) but also by Vehicle Manufacture (Audi) and Model (Q7 (2009-15)) etc

If anyone can give me thoughts on the best way to structure this in Craft CMS and how to best structure the templates, the URLs and routes?

Go to admin panel settings->routes And do something like:

First * is your product-slug, Second * is your variant unique value, could be SKU or some other custom field you have. 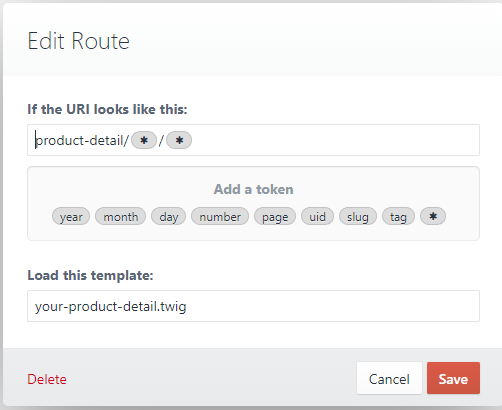 Then based on these two values, do craft variant query to get variant information and display it.

2
Create a Structure page with entries list
4
Product Categories, Structures and Channels
3
Are categories the best way to organize Commerce product filters?
5
Ordering of products?
1
Can someone help me with my site structure? Sections/Category setup
1
Craft Commerce: Bakery site with multiple bakeries (How to handle product types and variants)
1
Can Craft Commerce products be filtered with multiple query params?
1
Get related variants from entry and then show products for related variants and then loop only the variants that are related in commerce