How can I set live preview's minimum interval?

New Relic reporting seems to show a strong correlation between the previewEntry method's transactions and a couple of recent apdex-based alerts (the periods indicated by the pink background): 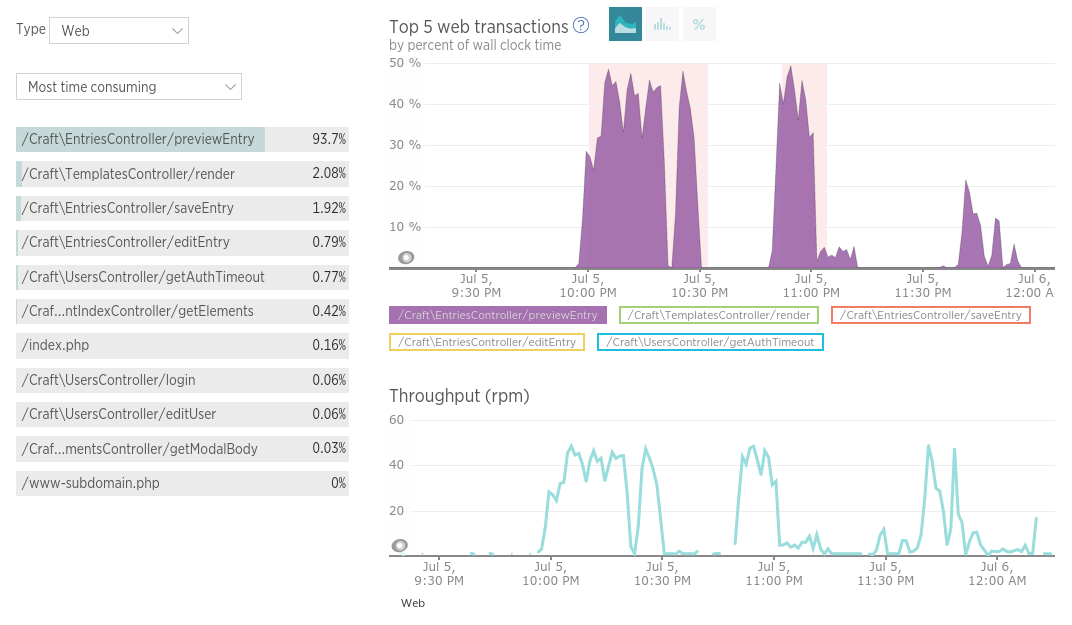 (The third period of previewing shown near the end of the chart is my failed attempt to trigger an alert; perhaps my test entry was less intensive than the client's.)

To cut down on the number of previews generated, how can I set a minimum interval between preview update POSTs, such as five seconds?

Update: we think it likely that the alert from New Relic was not actually a problem in terms of performance, and that it's simply a case of all/most of the requests during those periods taking longer than usual. It's a relatively quiet site, and so the live preview POST requests can easily represent 100% of requests. So I'm not so worried about this now, but it might still be nice to be able to set a minimum interval between live updates when the live update feature has been activated.

If you're referring to the time it takes between you click the "Live Preview" button and the time the actual Live Preview pane shows up, then that's currently not configurable in Craft.

Might be worth adding to the feedback site, though.

Not the answer you're looking for? Browse other questions tagged performance live-preview or ask your own question.